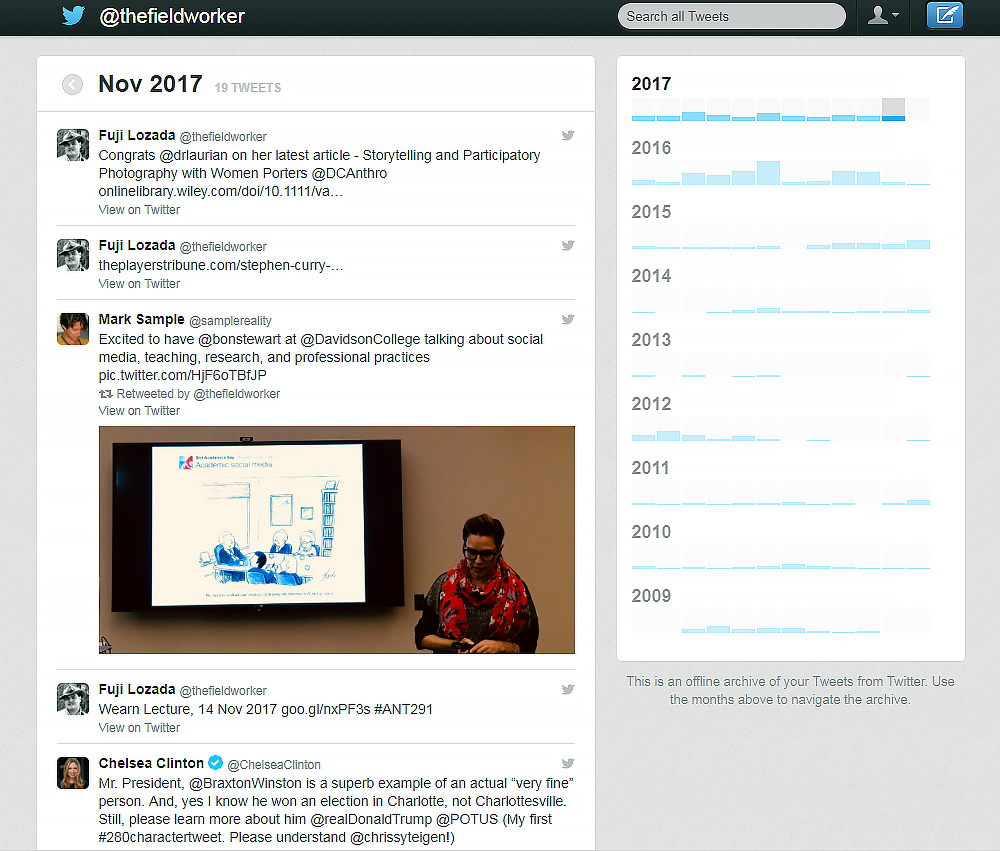 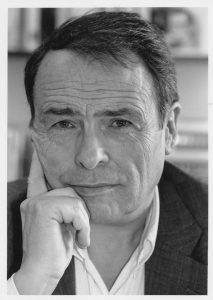 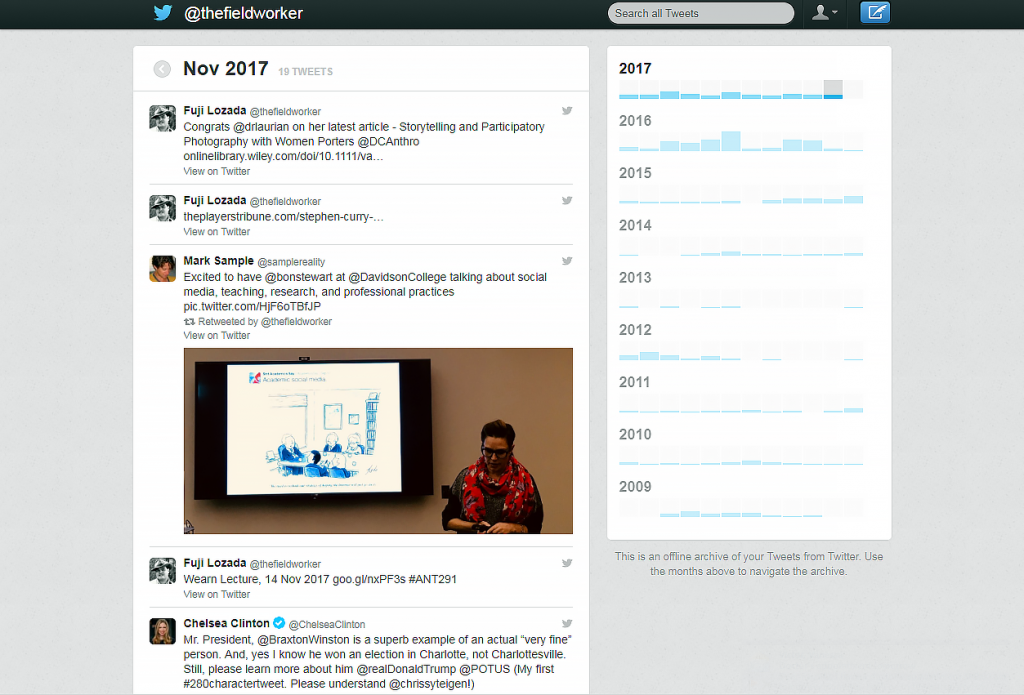 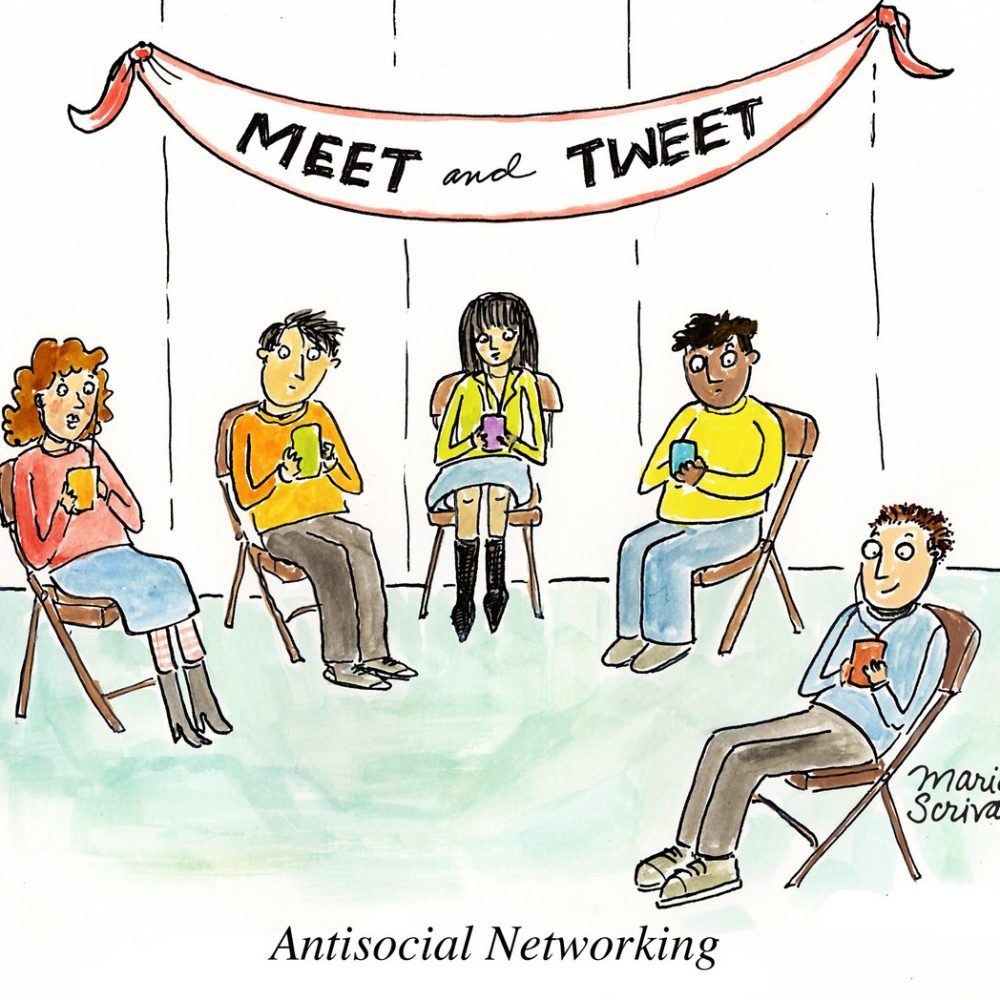 Despite my extensive use of social media and my natural inclination to network socially, I don’t think I do much interaction using social media, beyond transactional messages or self-promoting ones. On either Twitter or Facebook, much of my posts involve bragging about my family – these are the self-promoting ones, full of pictures of my 15 year old son stopping penalty kicks or making spectacular saves. The transactional ones are in response to friends and colleagues post, either re-tweet or sharing of posts (or wishing someone happy birthday). I do use twitter to post stuff useful things that I see to my classes.

My web posts, whether on my personal site or on course sites, are pedagogical – I don’t expect people to ‘interact’ with them (and I’ve shut comments off); I do expect students and others out there to read them (and since last year, I’ve been using hypothes.is to have students annotate weekly, instead of submitting response papers). So maybe I’m not using social media optimally, and really just use it to lurk on other people’s messages.

What I do use most are Feedly and Listservs. I get most of my information, and ideas of things to look for, from these two Web 1.0 technologies.

I see myself as an early adopter (or maybe an innovator, according to Everett Rogers), ever since I bought my first DEC Rainbow 100 using CP/M-86 in 1984 and a modem that I would put the handset into to connect to the VAX computer in Mallinckrodt (the Chemistry building at Harvard). I think my first website was published in 1993, and I published an early article on listserv activism in 1999 or so. I’ve always believed in maintaining some kind of digital presence, and have tried to think critically about my own cyborg subjectivity since reading Donna Haraway’s classic manifesto and Neal Stephenson’s Snow Crash (and other cyberpunk).

However, after reflecting more about my digital persona for the DIGPINS workshop, I believe that I’m really not a digital native, but more of a digital immigrant (we get the job done). To think more about what I do digitally, workshop members were supposed to do a VR mapping exercise, a task that I resisted because I don’t like drawing by hand.

Instead of this reflective exercise, my first instinct was to find out what my digital presence was, at least according to the Big G. To do this, I opened an incognito browser in chrome and searched “Fuji Lozada.”

Many of the links I found were expected – my official Davidson page shows up first, followed by my personal page, and then of course the RateMyProfessors.com page. I found pages that I had forgotten that I’ve set up (e.g., medium.com, researchgate.com) as well as citations that I had not set up (e.g. religionlink.com). I even found old boxscores from college lacrosse games that I had refereed many years ago! Since Laurian Bowles is also part of this workshop, I repeated the search for her, for comparison:

What immediately jumped out was how my incognito search for her featured her Twitter posts, while my public Facebook page was listed for me. I am not as active on Twitter as Laurian, and she doesn’t use Facebook at all – and Google immediately recognized that! In fact, I’m not too social on social media in general.

So I kept going with the analysis of my digital persona, and used R to scrape the top 50 listings for an incognito search of “Fuji Lozada.” (While I could have just cut-and-paste the results, I’ve been playing with different types of webscraping.) You can see the results here. I didn’t have time to do more analysis, but the next thing I would do is perhaps increase the number of search results and do some coding to see what the Big G thinks my digital persona is.

So while I enjoyed reading about the benefits and challenges of our digital persona, as Pasquini writes, I’m less worried about the context collapse that Michael Wesch writes about (who at one time was the number one video on YouTube) than what in China is called the “human flesh search engine” (人肉搜索, sometimes compared to doxing), where internet/social media vigilantes can destroy lives and reputations, create chaos and confusion – sometimes just for the laughs. I was reminded of this issue through a NYT magazine article, ‘When the Revolution Came for Amy Cuddy‘ – it’s well worth the read. I’m not taking a stance on ‘power posing’ or p-hacking (that would take much more space), but the relevant point of this story for the DIGPINS workshop is that this took place because of digital technologies and social media. Without TED talks, an obscure social psychology journal article may not have taken disciplinary arguments into popular discourse; without listservs, email, and web sites like Data Colada and Slate, methodological critiques would not have resulted in such personal trauma. Need I say #Gamergate?

And the article in the late 1990s on flaming that I didn’t write (which has since been better done by Gabriella Coleman) further reinforces how I use my digital persona – although the V/R mapping doesn’t show it as well, much of what I do is largely for work. Given the space, I think the icons would be more widely spaced apart, with the personal digital tools like flickr and instagram being located more to the left, perhaps “renting” resident, while my institutional digital tools like vimeo, WeChat, and Facebook/Twitter leaning more towards “homeowner” resident. I also wasn’t quite sure if digital tools like Dropbox, Google Drive, Wunderlist, or WordPress (not WordPress.com) count as digital tools creating a digital persona, but I added those to the map anyway because they are tools that I more regularly use.